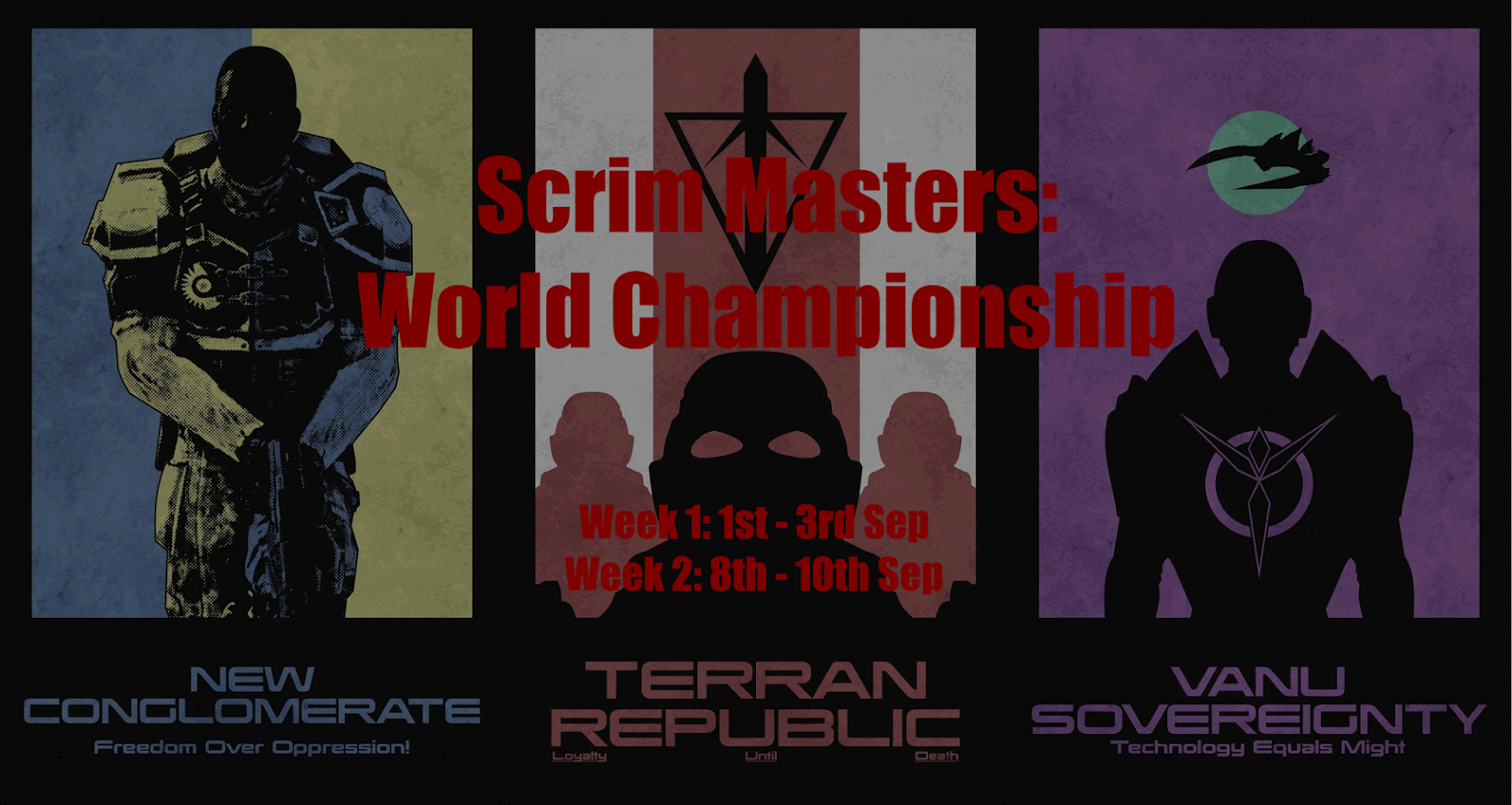 This event is organized by our Community !

All Informations about the event are posted on reddit , the first teams have already signed up and a lot of people are already hyped !
here you can find all informations about Scrim Masters:
https://docs.google.com/presentatio...oPKyjOa5FAJfT8/edit#slide=id.g23401acd70_0_10

The games will be streamed aswell ,so even if you are not interested to play, you can follow the event

it's still some time till the event starts, so talk to your friends and let everyone know about the event !

Continue...
[EVENT] Scrim Masters : WIB OPEN
3 5,293 by CodexCharash : 21 Mar 2017 at 1:41 PM
So guys the time is come, to get our next event started !
After our succesful Event this January we decided to organize another Scrim Tournament. ​

so it would be awesome to see you guys active arround that weekend and of course it would be even better if a few people have the time to help us out, organizing teams, streams and the games.

So last but not least:
Make the EVENT great again ! so tell your friends, tell your squad members even tell your enemys about the event Scrim Master: Europe is an event organized by the community. This event is taking place on Jaeger-server (where server smashs are ). Most of the teams are already signed up, the rulebook is announced on reddit, the Draft is done and the first prep/matches are taking place

Also Solo players are welcome to join this event because especially smaller outfit will have issues to fill up the 20 man tournament rosters, so if you know anyone who could be interested in filling up a team then give him the following link. === Solo sign-up link can also be found on reddit ( link below)


If you as an outfit member want to take part, ask Z00mer for a spot on the rooster. but on our team cp-members will have priority because they are practising exactly for this tournament so it could be that the rooster is already filled. If this should be the case we will try to find a solution.

For more informations about the SME check out Miller or Cobalt reddit.

Additional to the tournament process we will try to livestream most of the games :

Round 1 of SME Tournament